Ranthambhore National Park in India – A Paradise for tiger lovers

Ranthambhore National Park is the best place in the northern part of India to spot a wild tiger. From all over the world people love visiting India because of its exotic culture, religious retreats, delicious food, amazing nature, and wildlife. In 1973, the prime minister of India, Indira Gandhi, launched a project called Project Tiger whose aim was to protect the population of Bengal tigers. Since 1980, Ranthambhore has been a national park and the main tiger breeding sanctuary in India.

Apart from the Bengal tigers, the park is full with other wildlife including mammals such as the Indian leopard, wild boar, sambar deer, striped hyena, and sloth bear.

Also, there are various types of bird species, and the reptiles are represented by the mugger crocodile. But still, what are attracting most visitors to the park are the majestic tigers.

Ranthambhore is the place in India for seeing tigers in their natural jungle habitat. These animals can be seen even anytime as per their mood but for tiger mainly guest catch them early morning and last evening.

The best months to visit the park are October to June and rest three months park is under construction of Nature in raining time,

The park is famous for its regionally characteristic forests, specific to this part of the country. In fact, Ranthambhore National Park is home to the largest Banyan Trees in the world.

Mostly Tiger have their own names, and the park rangers know them and recognize them by their markings. The most famous among them is a tigress called Machali who was separated from her parents when she was a cub. As a baby, she was known as The Lady of the Lakes. Machali gave birth to three female cubs, one of them named Machali Junior, who later mated with Baburam and gave birth to two cubs named Slant Ear and Broken Tail. Machali died on August 2016 at the age 20 years. She was the oldest living tiger in the world. Now her daughter Krishna is the queen tiger of the park.

Another famous tigress in Ranthambhore National Park is Noor & Arrowhead

Special For Wildlife Photography – The months of April – May – June is considered the best time to do wildlife and specially tiger & leopard photography. Meanwhile, we can expect an unusual photograph of tigers as the heat forces the animals to stay near water sources. Limited water sources will allow us to more accurately predict the location of animals. During this period, the Safari area has a good number of active water sources and the area has sandstone hills that have been holding water for a long time and also felt cool during the day, so the chances of observing the tiger, and Near a water source, we may be lucky to find unusual photographs of tiger being killed or resting in the water or observation of tigress with cubs.

but if you are a passionate animal lover than this sounds good otherwise in reality, summer time (April to June) is unbearable so much sunlight in the open Safari gypsy.

The closest airport to Ranthambhore National Park is in Jaipur, 89 miles away. The park is located between the Banas and Chambal Rivers. It got its name after the Ranthambhore Fortress that still exists within the park.

About 130 kilometers south of Jodhpur, there is a fascinating tale of wildlife conservation. Through the efforts of the local community, the leopards of Jawai, a village in Pali district of Rajasthan, have not only increased in number, but are also being talked about.

The leopard is the most elusive of all big cats. A thriving tourism industry has come up in Jawai thanks to frequent leopard sightings.

Jawai is not a protected wildlife sanctuary, In this particular area, the leopard cohabits with the villagers and other animals. But the interesting thing is that no major cases of man-animal conflict have been reported as yet. It seems that the Jawai leopards are living harmoniously in the midst of people.

The Jawai leopards reside in a stunning landscape surrounded by granite rocks, the Jawai dam—the biggest dam in western Rajasthan and the colorful local people. All these factors make the place a hot tourist spot.

A .Golden Triangle with Wildlife

B .Triangle with Wildlife Special

*The suggested itineraries just give you some inspiration idea for what is in offer for now,

You are totally free for customization as per your choice, interest and budget. 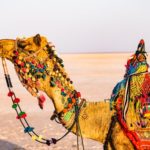 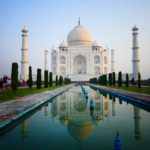 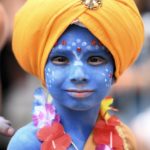